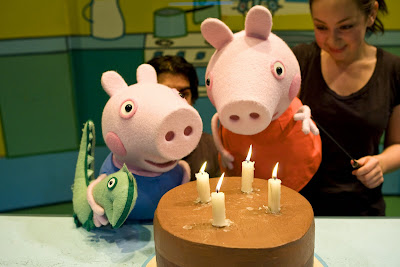 My 3 year old Isabelle is a big fan of Peppa Pig and when I told her I got some tickets to review the show, she was so happy, jumping around and shouting hoooooray! As we had 4 tickets we were able to take her very good friend Lilly with us. Originally daddy wasn’t so keen on going, but I insisted and he agreed. I just think it’s amazing watching them when they are so taken aback by what’s happening on stage. That’s why I love taking Isabelle to shows like this, just to watch her.
It didn’t start all well as we were running a bit late and Isabelle said she needed to use the toilet, so we had to go back home…. Anyway, we made it on time, managed to find some parking space for our car. As we entered the Alban’s arena both girls looked very excited. There were all these t-shirts and other promotional products with Peppa Pig, George and so we bought these light-up kind off pinwheels and that kept the girls very happy. Then we were shown to our seats, by the way great seats, just a few rows from the stage. A few minutes later the show started. Both girls were sitting nicely and watching. There was a lot of interacting with the audience, which was great and also plenty of singing and dancing (not only the children, but many parents, me as well). There was a break in the middle, which could have been a bit shorter, but all in all, we all really enjoyed it. The girls were talking about it the whole journey home and am sure they were dreaming about it too. To find out the venues and dates go to the official website http://www.peppapiglive.com/ 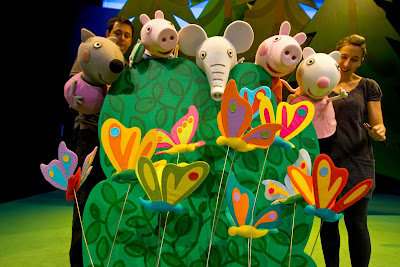 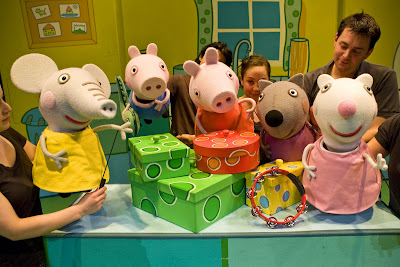 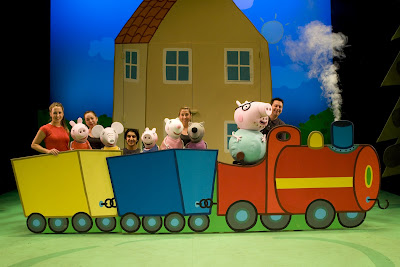 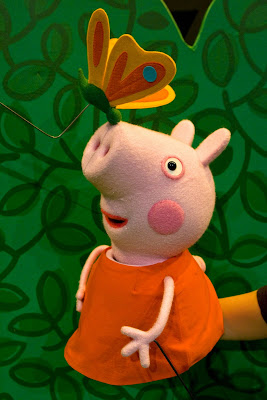